“Gentle Warrior” helps with a sad goodbye ~ taking my own medicine. 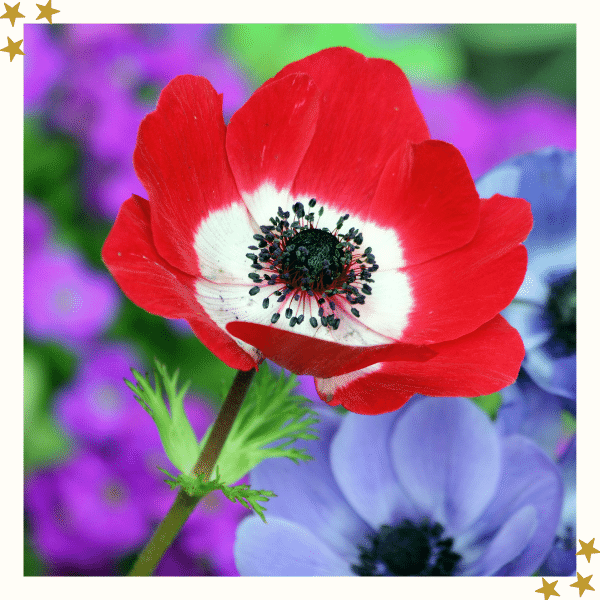 I always believe there is divine timing in everything and although I can’t always see it I can feel the enormity of it working away in the background.

I had been guided to release my essence range and to take my programme introducing “A Starlight led journey of self discovery” to the next level. I had been carefully planning what I was doing and everything was going to plan when there was a sudden urgency to just get it “out there”

I found myself going live with my visible offer much earlier than I had planned and it almost felt that everything was being taken from my hands and divine guidance had kicked in. I needed to let go and trust the process.

Then suddenly I was thrown a curved ball ~ within a few days of releasing all that I had been guided to, my beautiful 11 year old Border collie was suddenly taken ill. I had that nagging feeling that it wasn’t just a simple blip but I was devastated to find that she was in fact approaching her last few days and there was literally nothing that could be done.

We were devastated, she was our beautiful girl and we certainly weren’t prepared for this.                             The next morning it was clear she was struggling more than usual and that she was in some pain and was just so tired.  I was solely responsible for making the decisions to make sure her passing was peaceful and that she didn’t suffer any more than she had to. She was “my girl” and it was always me she came to however I was struggling with my heart and my head unable to think clearly and obviously totally emotionally overwhelmed. I felt I couldn’t manage to do this! I wanted to bury my head in the sand and not have to stand and face the situation and do what needed to be done.

I took some of my “Gentle Warrior” essence – which helps you to deal with things you would rather not have to or don’t feel you have the emotional strength to. It really did help and literally within minutes of taking it, and  without over thinking I found myself on the phone to the vet tearfully discussing our options – actually there weren’t any I just needed to be 100% sure I was making the decision for Meg’s needs and not prolonging her suffering for my own needs.

We arranged a time for that evening and we proceeded to spend our last day together trying to make the most of it. We went for a short walk and had lots of interaction while trying to keep everything as “normal” as we possibly could. I used the “Gentle Warrior” essence several times over the space of the morning.

Around lunch time I began using some “Leaf litter” essence on Meg, gently rubbing it over her ears which seemed to be where she was comfortable with it. I also began taking some of it myself. (This essence from Jan Stewart’s essence range helps us with transitional phases and letting go)

I used a room spray with essential oils and essences that I often used and felt it was helping to keep the energy clear and focussed with a sense of familiarity. It was obviously a very emotionally charged day but we managed to keep things fairly calm and allowed Meg to do what she felt , sleep was becoming increasingly deep and longer as the day went on.

As the dreaded time was approaching I took both “Gentle Warrior” and “Leaf Litter” again – also offering the latter to Meg, and sprayed the room liberally with our familiar spray. She was comfortable and as long as I was near her she was settled.

Soon after when the familiar face of the vet arrived I felt really able to be fully there for Meg and to put my own emotional turmoil on the back burner.

So on the 26th September,  on  her favourite blanky with her favourite treats and a huge cuddle and lots of reassuring words the final act of kindness for her was performed and feeling the love all around her she slipped gently from this world.

It was a beautiful and fitting farewell to such a beautiful being and “Gentle Warrior” Essence helped me to keep it all together when I really had to. I was extremely grateful for having been able to do this for her.

I also carried through with the process of releasing my essences and spoke with several people I had arranged to over the coming days. I took Gentle Warrior when I felt the need and I walked through this period of time with a commitment to divine timing and in honour of my beautiful girl.

I really began to understand the power of this gentle essence and see how it could be helpful in so many situations.

It had originally came through to help support parents of special needs children who were having a hard time and having to stand up for their children against the system. However any situation that requires your focus and attention when you feel emotionally exhausted and would rather run a mile could be faced with conviction with this gentle ally.

If you would like to find out how this essence could support you please drop me an email at sallyarthursemotionalwellbeing@outlook.com  or message me via Facebook.

In Memory of Meg